Proposal X and proposal Y require an initial investment of $10,000 and are expected to generate an equal cash inflow of $20,000 over their life of four years. The net cash inflow for each year of life of both the proposals is given below: 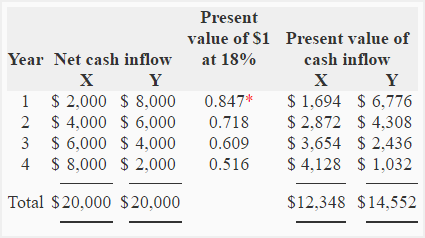 *Value from present value of $1 table.