The investment and expected cash inflows of a project over 8-year period is given below: 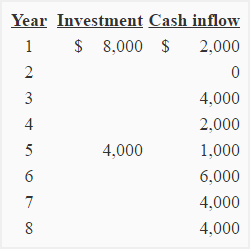 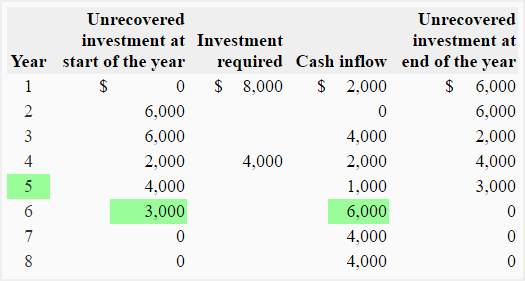 The entire investment is expected to recover by the middle of sixth year. The payback period of this project is, therefore, 5.5 years or 5 years and six moths.